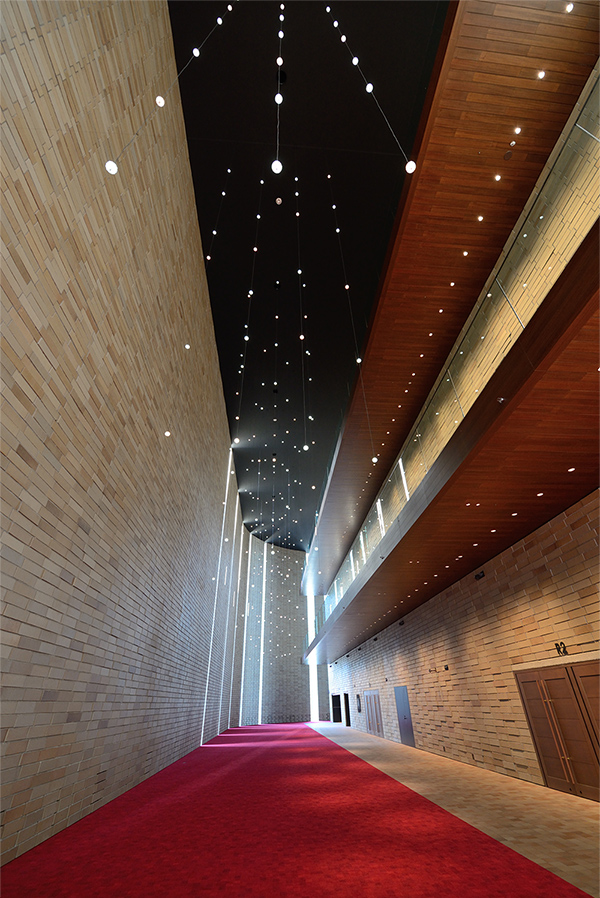 Known and loved as the "Palace of Music" by artists and audiences alike since 1958, Osaka's Festival Hall at Nakanoshima will be reborn in the spring of 2013. Inheriting a tradition of 50 long years, it will continue to present the finest performing arts to the world, standing at the forefront of music culture . To herald the start of this new chapter in its history, a variety of performances are scheduled on the stage of Festival Hall in the year of its reopening － 2013.

Festival Hall made its debut at Nakanoshima, Osaka in 1958 at a time when there were no venues suitable to present highly artistic concerts in Japan, thus creating a hall where international music festivals comparable to those held in Edinburgh and Salzburg could be presented. Placed on the southern wall of the 31 meter high Festival Hall facing the Tosabori River was a gigantic Shigaraki-ware ceramic relief "Fauns Enjoying Music" (created by Kodo Bijutsu Kyokai) － a piece that could be described as the emblem of the Hall. With magnificent chandeliers in the front foyer on the ground floor, cardinal red carpet, a fountain welcoming guests with its soothing babbling sounds and the large stage of 30.7m wide and 22.5m deep, combined with luxuriously finished 3,000 seats, Festival Hall was reputed to be one of the leading halls of the world at the time. 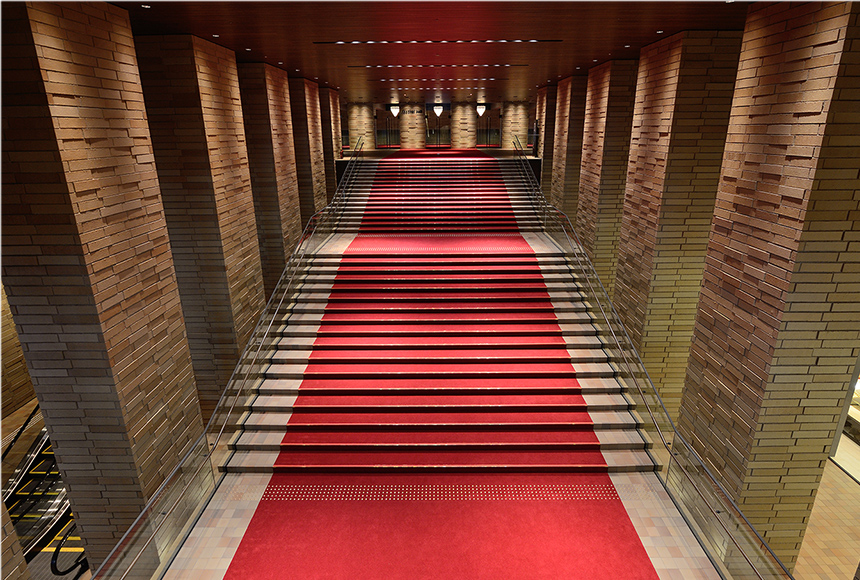 Since the Hall's inaugural performance, the Osaka International Festival, was first held, it became an annual event held in spring, basking in the participation of a number of truly prominent performers including Herbert von Karajan, Leonard Bernstein, the Berlin Philharmonic Orchestra, the Vienna Philharmonic Orchestra, the Vienna State Opera, Teatro alla Scala in Milan and so on. At that time in Japan, the Kansai region led the Kanto region in terms of cultural activities. In 1967, in particular, which was the 10th anniversary year of the Osaka International Festival, Wolfgang Wagner, a grandson of Richard Wagner, Birgit Nilsson, young Boulez and others came to Japan to perform. This ‘Bayreuther Festspiele performed in a foreign country for the first time in its history' not only gained the world's attention but was highly acclaimed and is talked about even today as the most brilliant and monumental performance in Japanese opera history.

Having emerged as a facility with excellent acoustic properties for the first time in Japan's classical music world, Festival Hall expanded its genre of performances from operas, ballets and classical music to popular music, jazz, rock, Noh and Kyogen, dances, etc, engraving a profound impression in people's heart. By the point in December 2008 when it was closed temporarily for reconstruction, the total attendance at Festival Hall had reached 40 million.

Cherishing tradition and creating a new sensational history New Festival Hall will make its start in the spring of 2013. Traditional features such as the acoustics that were praised as ‘letting sound shower down on’ the audience and the scale incorporating a 30m wide stage and a seating capacity of 2,700 will be preserved, and the new seats, in the keynote color red, will provide greatly enhanced comfort. While retaining the heritage of the former hall, the newborn Festival Hall will embrace evolution.

Stepping in through the front entrance of Nakanoshima Festival Tower, you will be welcomed by a huge staircase blanketed with red carpet leading to the entrance foyer of Festival Hall. You will then walk up the staircase and take a gently sloped escalator to the main foyer on the 5th floor to find yourself in a grand space created by a three-story atrium. Internal walls are built with bricks imbued with an enhanced aura of solidity inherited from the former construction, producing an extraordinary and magnificent space coupled with red carpets and chandeliers. The stage area will be nearly twice as large as that of the former Hall with increased wing spaces and depth. Enabling the presentation of large scale theatrical settings ,, the new Festival Hall stage will widen the scope of stage production.